Avenue Q is a coming-of-age parable satirizing the issues associated with entering adulthood. Its characters lament that as children, they were assured that they were special; but as adults, they have discovered to their surprise and dismay that in the real world they are no more “special” than anyone else. The musical is notable for the use of puppets, animated by unconcealed puppeteers, alongside human actors. Explicit Content for Mature Audiences Only. 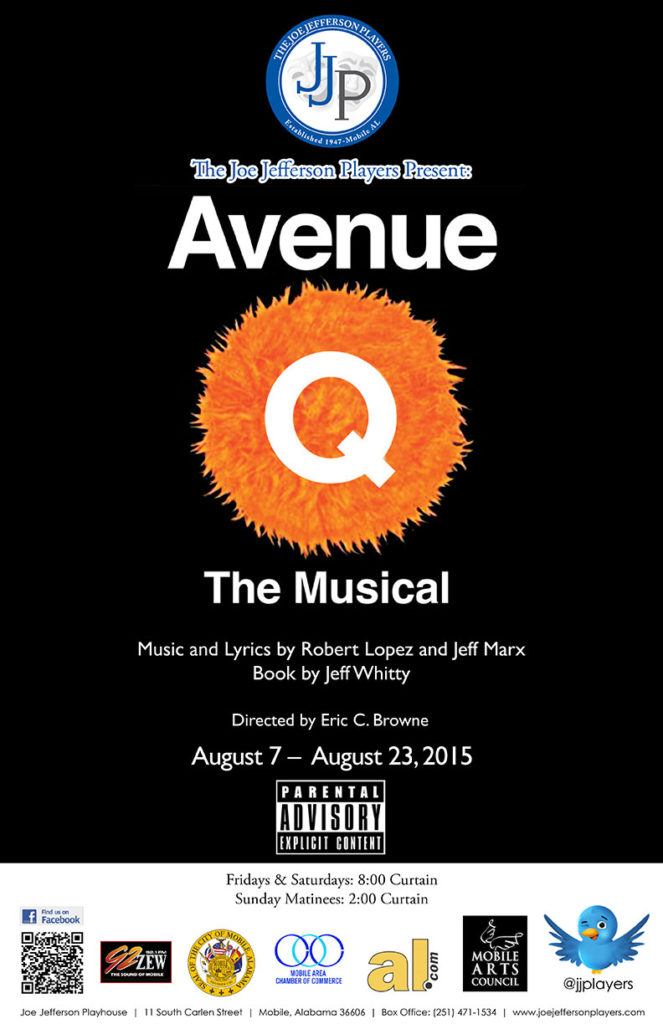 Vanya and Sonia and Masha and Spike

Vanya and Sonia and Masha and Spike revolves around the relationships of three middle-aged single siblings, two of whom live together, and takes place during a visit by the third, Masha, who supports them. They discuss their lives and loves, argue, and Masha threatens to sell their ancestral home. 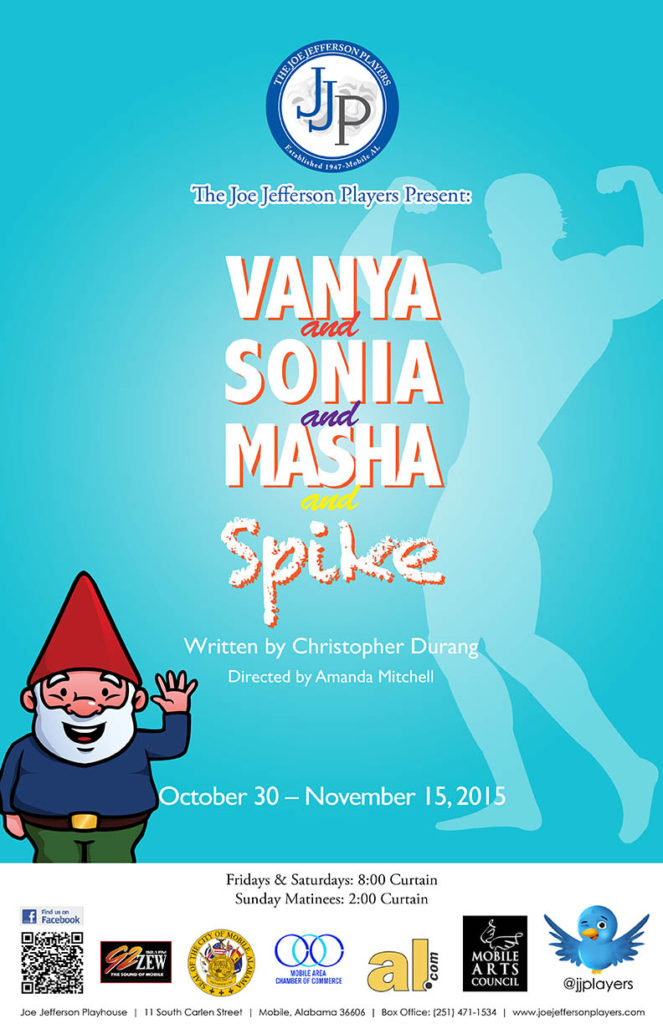 Tartuffe was first performed in 1664, and is one of the most famous theatrical comedies by Molière. The characters of Tartuffe, Elmire, and Orgon are considered among the greatest classical theater roles. Orgon, the head of a prosperous family, has taken Tartuffe, a man who purports to be holy, into his home. Orgon and his mother are the only ones to have fallen under the Tartuffe’s spell – the rest of Orgon’s relatives, including his wife and brother-in-law, see right through him. The classic comedy may also be referred to as the Impostor or The Hypocrite and is malleable to be performed in a variety of settings. 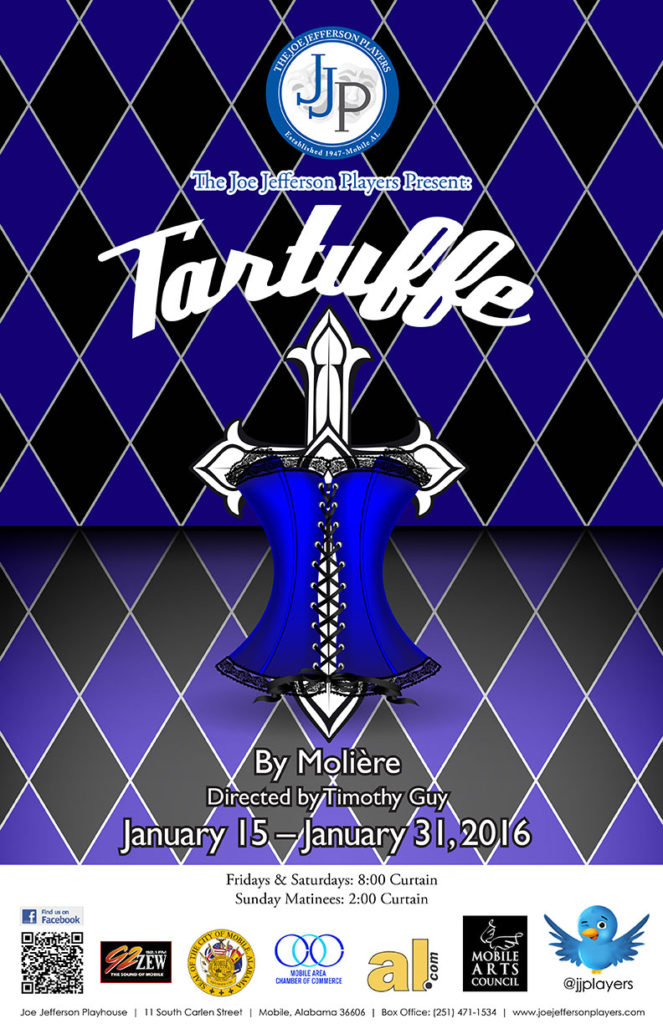 Little Shop of Horrors is a musical comedy about Seymour, a hapless florist shop worker who raises a plant with an interesting diet. As the story develops, Seymour must choose between his life on skid row, the possibility of love with the beautiful Audrey, and the fortune and fame that comes with raising his special plant.

Click here to read the “Little Shop of Horrors” program. 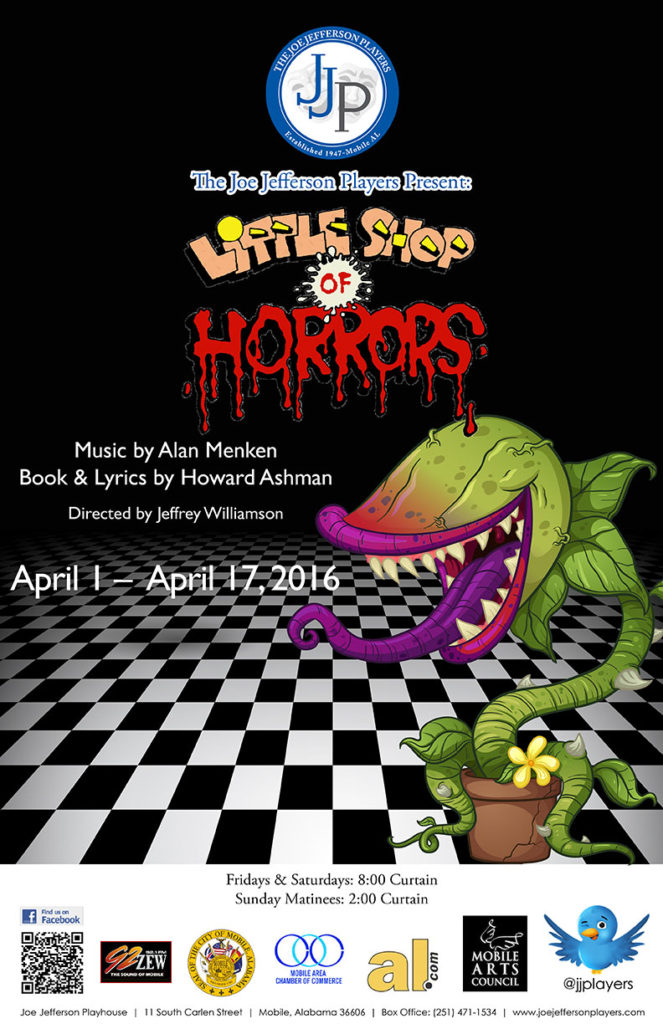 A Funny Thing Happened on the Way to the Forum

A Funny Thing Happened on the Way to the Forum is inspired by ancient Roman farces. The musical tells the bawdy story of a slave named Pseudolus and his attempts to win his freedom by helping his young master woo the girl next door. The plot displays many classic elements of farce, including puns, the slamming of doors, cases of mistaken identity (frequently involving characters disguising themselves as one another), and satirical comments on social class.

Click here to read the “Something Funny Happened on the Way to the Forum” Program.

Click here to view the “Something Funny Happened on the Way to the Forum” Photo Gallery. 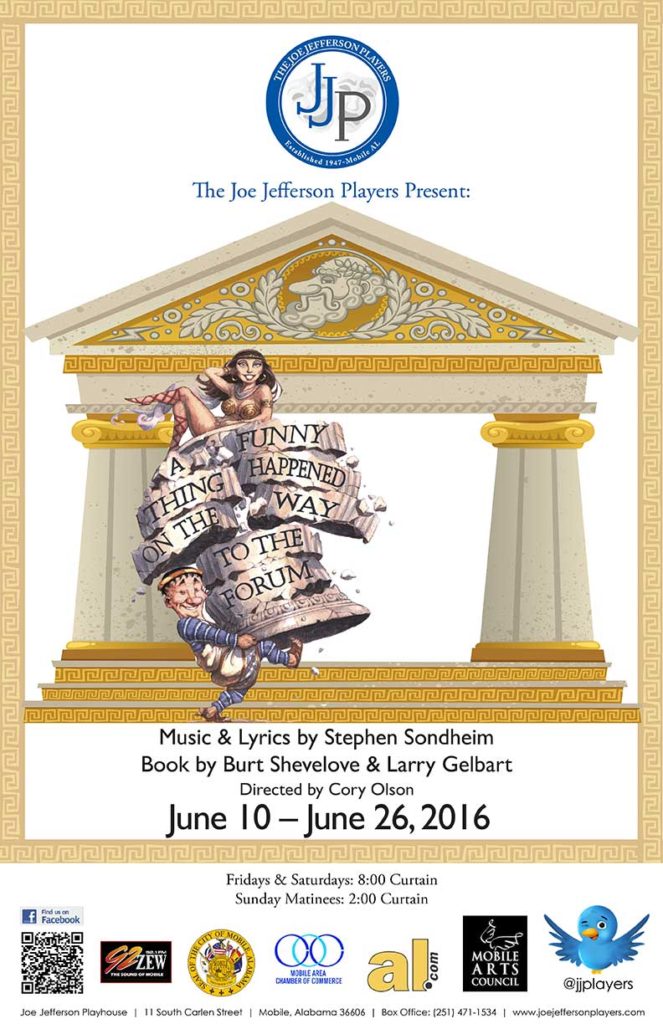